The Official Sponsor for the Championship of Champions

Inaugurated in 1976, US Sailing selects up to nineteen competitors from nominees by their class associations who are current national or North American champions of their respective classes. Eligible are sailors who normally sail in the U.S., are members of US Sailing and are members of a club, class or association affiliated with US Sailing.

The championship is held in a different class each year, and boats are supplied, and if possible, shall be new and identical. Additionally, each year a guest helm is invited.  Invited helms have included the winner of the Rolex Yachtsman and Yachtswoman of the Year, Olympians, and other sailing luminaries. Classes in which the event has been held run the gamut from conventional to cutting edge and have included Y-Flyers, Snipes, Hobie Cats, J-24’s, Sunfish and Etchells, to name just a few.

Bill Draheim and Rod Favela rode a string of three victories in four races to win the 44th Championship of Champions regatta, hosted by the Atlanta Yacht Club and raced in the Y-Flyer. 🏆#CofCYFlyers - https://t.co/11ucJ08fhD

Sailors back at dock after race 14 is abandoned — #CofCYFlyers #sailing

How important is the start? Mike Ingham had his Paralympic team practice 1000‼️ starts before Games — World Championship title 🏆 Silver in Rio🥈#CofCYFlyers #sailinggoals 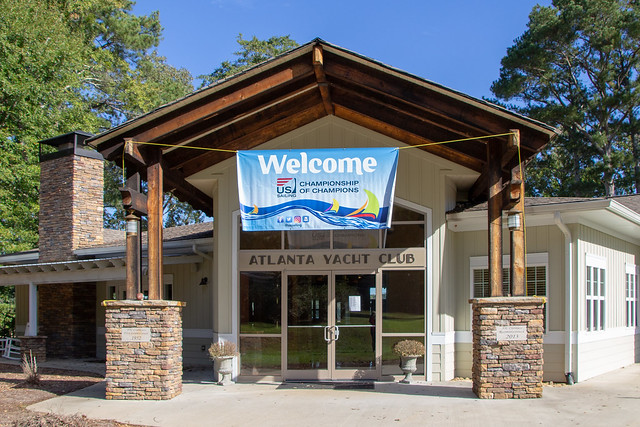