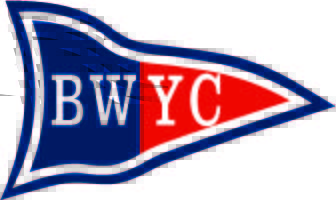 US Sailing Waivers and Releases

Noted as US Sailings most coveted Adult Sailing Championships began as a men’s event in 1952 and transitioned to an open event in 1993.

When maximum number of resumes exceed the number of spaces available for the event, the evaluation committee will review each application and extend invitations accordingly. Resumes will be evaluated on the following criteria:


While youth and women had national, ladder-system championships for a quarter century, it was not until 1952 that a similar championship for men eighteen years and older was established during Robert N. Bavier, Jr.’s tenure as Executive Director of NAYRU.

The family of Clifford D. Mallory, who revived NAYRU in 1925, provided a magnificent sterling silver tureen, purportedly from the estate of Lord Nelson but according to the hallmarks more likely executed after his death for his brother. It was immediately popular, with twenty of the twenty-three district associations, now called Regional Sailing Associations, competing in the inaugural match won by Cornelius Shields of the Larchmont Yacht Club. The next year, the regulations were relaxed to permit female members of the crew but not at the helm.

Beginning in 1993 the Women’s and Men’s Championships were held together in alternate years. Since 2006, the event has been a mixture of a ladder series starting at the club level and a resume application. In 2009, the championships began being held together each year and the two committees merged. The two fleets used the same race course, sailed different classes of boats and enjoyed social events together. The joint events have sometimes been hosted by two cooperating, nearby clubs – otherwise by a single club. In 2013, the regulations were relaxed further to allow women to helm as well, reflecting the fact that most boats are now sailed by a mixed crew and the championship was renamed the U.S. Adult Sailing Championship. In the past 11 boats each representing one of the 11 US Sailing AREAs were eligible for participation. To manage increased interest in the event the committee voted in 2015 to change the format from an AREA based selection to a Regional Sailing Association or RSA Selection process. Still sailed on provided boats, it is run in a round robin format, providing three days of challenging racing by sailors from around the country.