The U.S. Team Racing Championship is raced in three-boat/six-person teams. This event serves as a qualifier for World Sailing’s Team Racing Worlds when held. 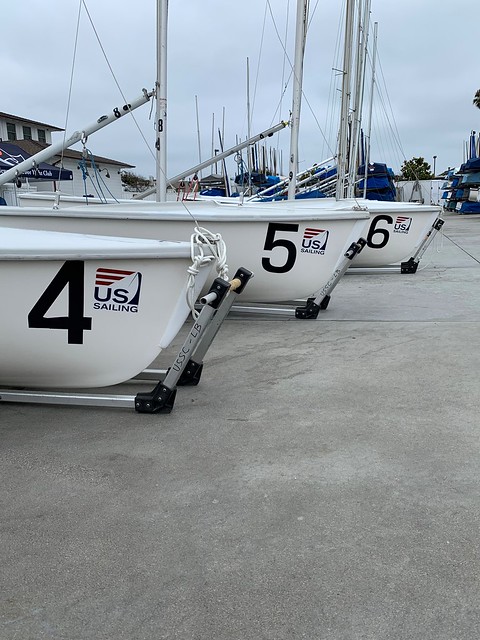 
US Sailing’s first national team racing championship was held in 1981.

Growing out of a regatta initiated by Sailing World magazine it was so successful that it was adopted by US Sailing and became known as the U.S. Team Racing Championship for the George R. Hinman Trophy.

The trophy was donated in recognition of George R. Hinman’s many years of service and contributions to yachting. He was a member of the crew that won the second championship for the Sears Cup, a top ranking sailor in the International One-Design Class and for many years in the forefront of Long Island Sound frostbite dinghy racing. He sailed many ocean races and took part in the America’s Cup in various capacities as helmsman, syndicate manager and chairman of the America’s Cup (selection) Committee. A former President of NAYRU (now US Sailing), he also was a Vice President of the International Yacht Racing Union (formally ISAF, now World Sailing).

The first umpired event was in 1990 and the event went away from being a ladder qualification regatta. When Gary Bodie became Chairman of the U.S. Team Racing Championship Committee in 1992, he restored the popularity of the event making it the hottest event in the country for the post-collegiate group of sailors which it remains today.