2019 Preview and Live Blog News from the Event

Independence Cup(first sailed in 1986), became US Sailing’s national championship for disabled sailors in 1989. Today the event is known as the U.S. Para Sailing Championship. Many competitors have gone on to represent the United States in the Paralympic Games including Nick Scandone, gold medalist at the 2008 Paralympics. Typically the event is sailed in three classes; the 2.4mR, Sonar and a doublehanded class that varies depending on the boat provided by the event host.

Classification is recommended but not required for sailors competing in the U.S. Para Sailing Championship. It is also not required in the Development fleet if it is sailed 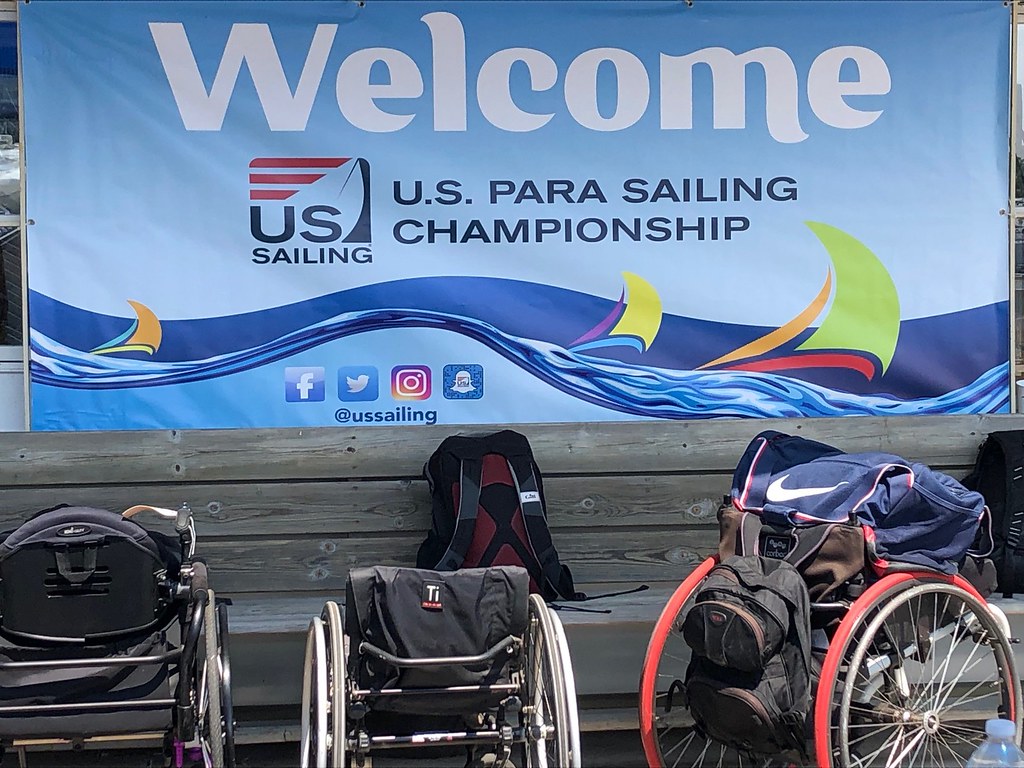 First established in 1986, what was then called the U.S. Independence Cup became US Sailing’s national championship for disabled sailors in 1989. For many years it was organized by the Disabled Sailing Committee and was run in conjunction with the North American Challenge Cup, which was co-hosted by the Judd Goldman Adaptive Sailing Foundation and Chicago Yacht Club.

In 2007, the regatta moved under the Championships division of US Sailing and was renamed the U.S. Disabled Sailing Championship.  The following year, the championship moved from Chicago Yacht Club to begin to travel around the country.  Many competitors at the U.S. Disabled Sailing Championships have gone on to represent the United States at the Paralympics Games including Nick Scandone, gold medalist at the 2008 Paralympics The Chandler Hovey, Jr. Trophy was donated at the 1994 Independence Cup by A.G.A. Correa and Co. to US Sailing.

“Buzz” Hovey, for whom it is named, was active in 12 Metre racing in the ‘50’s and ‘60’s with the family-owned Twelve, Easterner. Diagnosed with multiple sclerosis in 1947, he continued, nonetheless, to sail and race actively, especially in his Shields Class boat, until 1981 when he retired from the racing circuit.