Sailing Reports Day One of Racing   Championship Round Set For Friday

Inaugurated in 1985 at the instigation of US Sailing’s Women’s Championship Committee, of which Helen K. Ingerson was a long-time Chair, the International Women’s Keelboat Championship quickly became the premier women’s sailing event in the U.S. and worldwide.

In 2016, the championship became an annual event. The International Keelboat Championship event provides women keelboat and offshore sailors high-quality racing and an opportunity to compete with the top national and international sailors. The Ida Lewis Yacht Club, Newport, RI became a host for the event and hosted the championship until 2001, when it began to move around the country. Rolex Watch, U.S.A. Inc. – sponsor at its inception – subsequently became the title sponsor until 2013.

The trophy is named for Bengt Julin, an international judge and strong supporter of women’s sailing. A modest man and sailing philanthropist, Julin championed the event from its inception and was instrumental in making it an international competition. Julin presented the very first trophy to Betsy Alison and retired the original to her after she had won it three times consecutively. Alison of Newport R.I. had an unbroken winning streak competing against teams from a dozen or more nations from 1991 through 1997. In 2007, Sally Barkow matched Alison by winning the championship for the third time.

What is League Sailing?

Teams have to show their best performance to win the title of International Women’s Keelboat Champion. 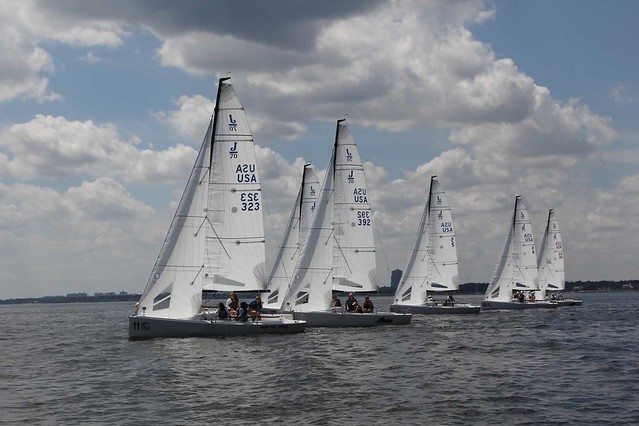