OYSTER BAY, N.Y. (July 1, 2018) – Ten teams of four, each with at least one female crew, competed at this year’s 2018 U.S. Youth Match Racing Championship for the Rose Cup. Hosted by Oakcliff Sailing and Seawanhaka Corinthian Yacht Club, the competitors finished an exciting Round Robin in the late Saturday evening, the second day of racing. The hot and humid conditions continued Sunday with no breeze and no wind. The race committee could not start any races past 1:00 pm ET, so they referred to the results of the previous two days to score the regatta.

They finished nine races with eight points, and only one loss in the Round Robin to last year’s champion, David Wood (Corona del Mar, Calif.).

In its brief, yet impactful history on youth match racing in the U.S., this invitational event for 16 to 20 year-olds has served as an outstanding training ground for young sailors who are passionate about match racing and focused on competing at the next level.

Coaching and instruction plays a major role in these sailors’ experience. Five-time U.S. Match Racing Champion, Dave Perry (Southport, Conn.), led a North U Advanced Match Racing Clinic on Wednesday and Thursday before the regatta, June 27 and 28. He also coached all three days of the regatta. His enthusiasm was contagious and invaluable to keeping the kids’ morale high despite challenging conditions.

Originally known as the Rose Cup, this event was founded by members of the Balboa Yacht Club and the Newport-Balboa Sailing & Seamanship Association (NBSSA) and was started as an invitational youth match race event in 2010. The mission is to promote youth match racing in the U.S. and improve the skills of racers from around the country in national and international competition. In 2015, US Sailing elevated the Rose Cup to an official US Sailing National Championship. 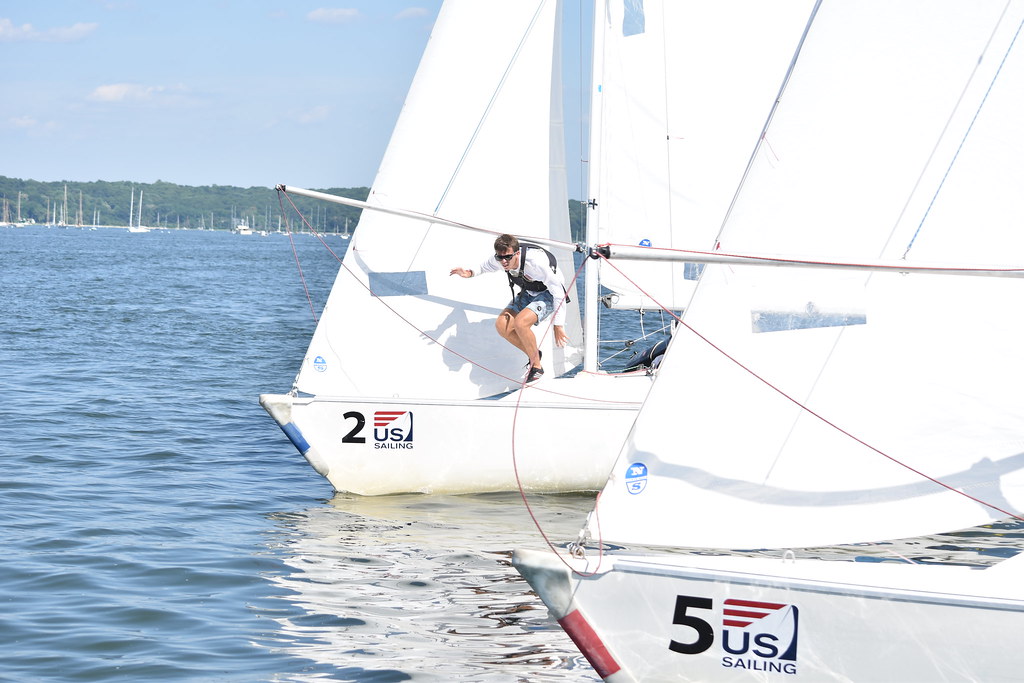 About US Sailing
The United States Sailing Association (US Sailing), the National Governing Body for sailing, provides leadership, integrity, and advancement for the sport in the United States. Founded in 1897 and headquartered in Bristol, Rhode Island, US Sailing is a 501(c)(3) non-profit organization. US Sailing offers training and education programs for instructors and race officials, supports a wide range of sailing organizations and communities, issues offshore rating certificates, and provides administration and oversight of competitive sailing across the country, including National Championships and the US Sailing Team. For more information, please visit www.ussailing.org.

Oakcliff Sailing
Oakcliff Sailing is an adult and youth training center for athletes who have progressed beyond traditional coaching methods and want to take the next step in their career. We offer trainees a proving ground to develop their skills in the three big veins of professional sailing: the America’s Cup, the Olympics, and around-the-world races. Our goal is to take American sailing back to the highest level world-wide.