Lloyd Phoenix graduated from the United States Naval Academy, class of 1861. He served in the Civil War and witnessed the battle between the Monitor and the Virginia in 1865.

After resigning and going into business he became a yachting enthusiast and Rear Commodore of the New York Yacht Club. In his most famous yacht, the 171 ft. schooner, Intrepid, he won the Club’s 1909 “The Cruise” Trophy which was discovered in 1960 in a storage locker by Shirley Engle, wife of Capt. Aubrey D. Engle, CO of the Naval Station.

Capt. Aubrey arranged for the Naval Academy Sailing Squadron to put up the trophy in honor of Lloyd Phoenix as a means of improving relations with the civilian yachting community by bringing sailors from Chesapeake Bay yacht clubs to compete with a midshipmen team in the Luders yawls. When the USYRU Offshore Council sanctioned a national championship for offshore yachts in 1985, the Trophy was offered by NASS for the first match which was held at the U.S. Naval Academy in the Luders yawls.

Former USYRU Executive Director, John Bonds, who had been Commodore of NASS, was instrumental in the reformatting of the event and it’s coming under the custody of USYRU as a national championship.

It is a fleet racing competition in offshore keelboats on a closed course except for one long-distance race. Teams representing each of the US Sailing Areas are seeded through Area eliminations or by sailing resume, plus one U.S. Naval Academy team. Each team must have competed in at least five regattas in IRC, ORC, ORR, PHRF, Offshore One Design, Offshore Level Class Racing, or Portsmouth Numbers rating systems in its respective Area during the current season. Since 1994, racing has alternated between the Naval Academy in the Navy 44s and Long Beach Yacht Club in Catalina 37’s. The Trophy is on display in the Robert Crown Center at the United States Naval Academy. The only three-time winning skipper is Bruce Kuryla from Connecticut.

Each of the eleven US Sailing Areas may nominate at least one team to represent their Area. Individual teams may also submit resumes to US Sailing for consideration independent of the Area Director. Area candidates must apply by resume application and include full race results from the qualifying races, his/her own experience and that of the crew for the current season and submit a non-refundable application fee. Applications must be received prior to July 1 in the year of the event. 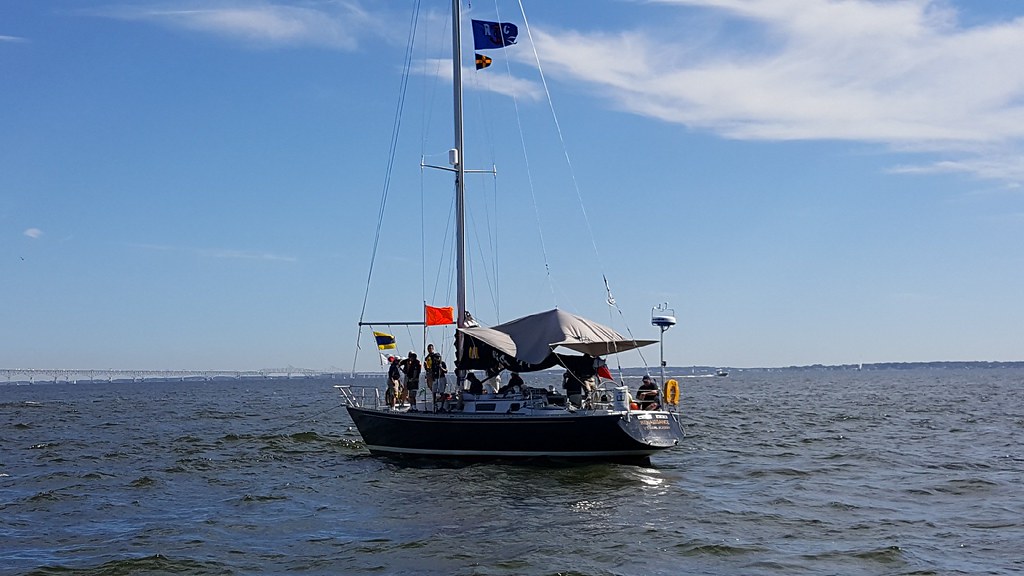