Approximately how many class members do you have? 260 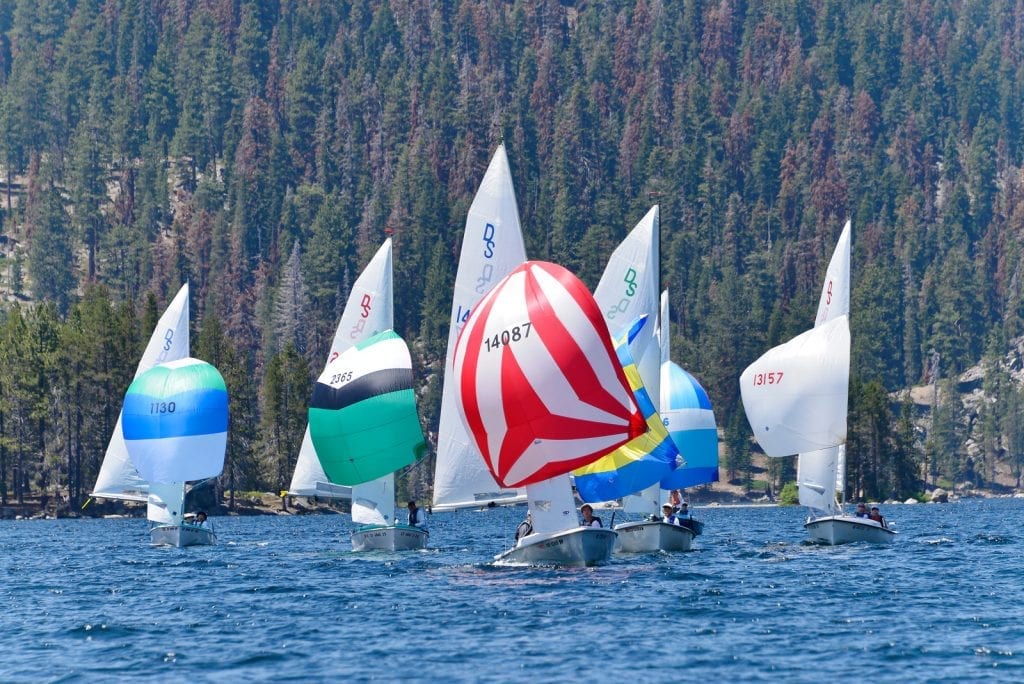 In the mid-1950s George O’Day contacted Uffa Fox regarding a concept for a boat. George was the US agent for Fairey Marine boats and thought particularly highly of the Swordfish. With plans flying back and forth across the Atlantic, agreement was eventually reached on the design, except for O’Day’s addition of a cuddy of which Uffa did not approve.

The result was a boat of length overall 16’9″, a beam of 6′ 3″, sail area (main and jib) 145 square feet and spinnaker 96 square feet. The pivoting centreboard gives a draft with board up of 7″ and 3′ 9″ board down. During the design development the cuddy was added in the deck moulding. The result was the Daysailer.

From 1957-1977 the O’Day Company built first the Day Sailer 1, and then the Day Sailer 2. With six builders since 1977, the deck mould has gone through changes, but in all that time, and roughly six thousand Day Sailers later, the original, classic, Uffa Fox planing hull has remained unchanged and intact.

Approximately how many boats are in the USA/North America?